The US Supreme Court judgement striking down the federal moratorium on evictions presented a climate of uncertainty for housing rights. To many, this signified the beginning of the feared “wave of evictions”, one that is yet to come. Eviction filings have not yet reached their pre-pandemic levels, but the tenures of 6% of the population remain unsecure, which calls for utmost observance of international human rights obligations. To cite the United Nations’ ‘COVID-19 Guidance Note: Prohibition of Evictions’ (para 10) issued in the spring of 2020, those who have experienced evictions should have an effective remedy and access to justice.

The right to counsel has proven itself a highly effective safeguard in the fight against evictions by enabling settlement agreements and obtaining repairs to ensure a healthy and safe environment.

It acts as the last barrier to an eviction order and ensures the fairness of a hearing, one that could otherwise have a disproportionate effect on racial minorities and women.

Internationally, the right is mostly recognized to the extent of criminal proceedings in instruments such as article 10 of the Universal Declaration of Human Rights and International Covenant on Civil and Political Rights. However, recognizing the right is not unheard of and the Human Rights Committee has commented that it contributes to compliance with the positive obligations arising from the treaty. Countries such as Canada, Australia, Brazil, and South Africa have implemented the right, as well as the Council of Europe member states.

In the United States, the right remains limited in scope to criminal proceedings. This may explain the ranking of the country in the lower half of World Justice Project’s 2021 index on access to civil justice, among other high-income countries involved. New York City was the first to recognize the right to counsel in eviction proceedings, which is a civil matter. The process began zip code by zip code, and the change was significant – upon implementation, evictions decreased more than five times faster than in comparable regions in the city.

Currently, federal programs on the matter are severely under-funded. The right to counsel in eviction proceedings is a missing piece to tenants’ access to justice and would act as much-needed crisis management, should other preventive measures fail.

The right to counsel in eviction proceedings is a missing piece to tenants’ access to justice and would act as much-needed crisis management, should other preventive measures fail.

For pandemic evictions, it is essential that precedents are set that respect housing rights to the fullest extent possible. 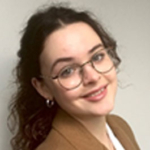