When parents are being evicted, minor children have no choice but to leave with them. The case of Ben Djazia et al. v. Spain, before the Committee of Economic, Social and Cultural Rights (ESCR committee), exemplifies this. It concerns the eviction of a married couple and their two young children. During the committee’s assessment of whether Spain failed its positive obligation to ensure the right to adequate housing, laid down in Art. 11 para 1 CESCR, the role of the minors serves as an exacerbating factor against the State. However, whilst the children’s involvement is seen as an important element of the case, it does not show them to be (socio-economic) right holders independently of the family unit.

When parents are being evicted, minor children have no choice but to leave with them

Yet, the  Convention on the Rights of the Child makes clear that children are independent bearers of rights. In General Comment No. 21 the Committee on the Rights of the Child (CRC committee) even highlights that children in street situations are right holders. Therefore, the question arises if the case would lead to a different outcome if Ben Djazia went to the CRC committee, instead of the ESCR committee. A starting point to answer this, is identifying whether the CRC provides a legal basis for a complaint procedure regarding an eviction and if so, how the committee would approach this.

Legal ground for the eviction procedure

The CRC committee states in General Comment No. 21 that: ‘the right to housing is an important component’ of Art. 27 CRC. This provision is the only one in the Convention that mentions the word housing. It could likely serve as the legal ground to start a complaint procedure. After all, although research literature on children’s rights does not (often) speak of a right to housing within Art. 27 CRC, the committee clearly does. According to them, it imposes an obligation upon States to ‘take appropriate measures to assist parents and others responsible’ for children in realising their right to an adequate standard of living, ‘particularly with regard to (…) housing’. The committee says that this assistance must also be given directly to children. In order to explain what ‘the right to housing’ contains they refer to the ESCR committee. In fact, they even have eye for the case law of the committee regarding this topic.

Ben Djazia would be inadmissible before the CRC committee

Interestingly, the CRC committee mentions the case of Ben Djazia et al. in the concluding observations for the combined fifth and sixth periodic reports of Spain 2018, when addressing the ‘standard of living’, reflected in Art. 27 CRC. Apart from the fact that this indicates that the committee has attention for the case, it also supports the idea that Ben Djazia could invoke Article 27 CRC as a legal basis in a complaint procedure before the CRC committee. Unfortunately, we will never know if Ben Djazia would be successful, since the case would be inadmissible. The events happened namely before the optional protocol regarding the communications procedure took effect (see S.C.S v. France). However, if Mr Djazia were able to complain before the CRC committee on behalf of his children, it is likely they would reason in line with the views of the ESCR committee as they already – emphatically – do in the periodic report.

A judgment in line with the ESCR committee

In the concluding observations – as mentioned above – the CRC committee recommends Spain to improve the national social protection systems, by urging to strengthen comprehensive policies for children and their families, specifically focusing on those at risk and in need of most support. The committee explicitly recommends to strengthen support for families that face eviction, due to financial difficulties. They recall the views of the ESCR committee in the case Ben Djazia, to ensure that special attention is paid to evictions involving children.

Ben Djazia and his family became homeless. Spanish authorities offered shelter, but this would separate the family. The ESCR committee focusses particularly on the specific care children require, as they can be considered one of the more vulnerable groups in society. This weighs heavily, and consequently the emphasis of the family unit being supported and kept together, to avoid adverse effects on the children, forms a key part of the reasoning that leads to the committee finding there is a failure on Spain’s side.

If the case was admissible before the CRC committee these views likely would be included in the judgement. This time, requiring rather than recommending Spain to implement them. Yet, the approach of the CRC and CESCR differ. Therefore a reference to the ESCR committee seems insufficient. Hence, the question of how the committee would handle the children’s right to housing in an eviction case is not yet answered.

The CRC committee says that children suffer disproportionately from forced evictions, and that security of tenure is essential to prevent children from becoming homeless and exposing them to further violations of their rights. Whilst we already established that the committee will likely reason in line with the ESCR committee, it’s unclear how they would interpret art. 27 CRC in an eviction case. There is a lack of information regarding how the committee interprets the right to housing within the CRC, let alone what role it plays in eviction cases. There is a lacuna in case law. Art. 27 CRC has been invoked once before, regarding a forced eviction, but the complaint was inadmissible (see S.C.S v. France). The holistic nature of the Convention – which the committee highlights in general comment No. 21 – increases the complexity, as other provisions may also play a role within this case. For example, Art. 6 CRC: the right to life, survival and development, since Art. 27 CRC seems to be linked to development. Given the holistic, children’s rights approach of the committee, it is not inconceivable that they will include other provisions in their reasoning and in there explanation regarding Art. 27 CRC. 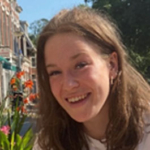 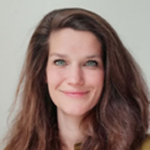