Pathway to Homelessness: Analysing the Relationship between Domestic Violence and Housing Rights

The issue of domestic violence is a significant and widespread one, which affects society as a whole. The term “domestic violence” implies a pattern of behaviour in any relationship used to gain or maintain power and control over an intimate partner. It is important to stress that domestic violence can occur in a variety of settings including, but not limited to, child-parent, in-laws and LGBTQ+ relationships. In other words, it can take place within a range of relationships including couples who are married, living together or dating and can affect people of all socioeconomic backgrounds and education levels. Simultaneously, both women and men can be victims or perpetrators of domestic violence. However, in this blog, specific focus will be given to the relationship between housing rights and abuse in the form of sexual, physical, emotional, psychological or economic threats or actions perpetrated by male partners against their female partners.

Although domestic violence constitutes only one of the multitude of expressions of violence to which women are exposed, it is one of the most omnipresent manifestations of violence. Even though data collection in this field is still underdeveloped, the available statistics portray a grim picture. To elaborate, the following segment is taken from the 2006 study “Combating Violence against Women” by the Council of Europe: “[A]n overview suggests that across countries, one-fifth to one-quarter of all women have experienced physical violence at least once during their adult lives, and more than one-tenth have suffered sexual violence involving the use of force. Figures for all forms of violence, including stalking, are as high as 45%.” Furthermore, concerning domestic violence, “[s]econdary data analyses […] support an estimate that about 12% to 15% of all women have been in a relationship of domestic abuse after the age of 16. Rates of physical and sexual violence by former partners after separation are substantially higher, indicating that the protection of women is not secured when they end an abusive relationship.”

In the context of housing rights, approximately 50-60% of all homeless women report that they are homeless because they are fleeing domestic violence. The issue of those fleeing domestic violence does not easily fit into the definition of eviction, but nevertheless, it involves dispossession of the home. In several countries, research findings demonstrate that the percentage of homeless women who have experienced domestic violence extends up to 40% in the UK and Ireland to 50% in Portugal and Hungary with an acutely higher proportion of partner abuse of 100% and 93% in Spain and Sweden. For instance, in the UK, Government figures show that in the year 2019, almost 24,000 people were made homeless directly because of domestic abuse. Further, in the US, half of all homeless women and children are fleeing abuse.

The issue of domestic violence is a significant and widespread one, which affects society as a whole.

Even though domestic violence certainly is an imperative and consequential factor in women’s homelessness, it must be pointed out that homelessness and housing exclusion is a consequence of a tangled interaction between structural, systemic and individual factors. Accordingly, policy-makers recognise that factors such as poverty, housing market conditions, and mental illnesses can also impact the process of becoming homeless. Thus, domestic violence leading up to homelessness extends across and is impacted by broader phenomena of inequalities, social exclusion and marginalisation of women present in many countries. Whilst international and national laws are increasingly recognising women’s right to adequate housing, significant gaps remain between this recognition and the reality of widespread denial of this right.

So, what progress have international institutions made to tackle this problem?

At a United Nations level, the relationship between the right to housing and domestic violence was overlooked for a long time. The right to housing is affirmed in Article 25(1) of the Universal Declaration of Human Rights. Under that Article, everyone has the right to a standard of living adequate for the health and well-being of him- or herself and of his or her family, including housing. This right is also repeated in Article 11(1) of the International Covenant on Economic, Social and Cultural Rights (hereafter: ICESCR). Due to its legally binding nature and as a result of various observations produced by the Committee on Economic, Social and Cultural Rights (hereafter: CESCR) on the essence of the right to housing under the ICESCR, Article 11(1) ICESCR is generally accepted as one of the most significant legal sources of this right. However, General Comment No. 4 (1991) of the CESCR, pertaining to the right under Article 11(1) ICESCR and being the most prominent explanatory document of the CESCR on the right to housing, is gender-neutral in all respects and does not acknowledge the dissimilarities between men and women in encountering the right to housing. In other words, General Comment No. 4 does not address the intricacies of women’s right to housing, such as the extent to which women’s housing rights are violated and the extent to which women are vulnerable to abuse within the home. Eventually, through Resolution 2000/9, the United Nations Commission on Human Rights appointed its first Special Rapporteur on adequate housing with a mandate to focus on adequate housing as a component of the right to an adequate standard of living in the context of non-discrimination. Accordingly, testimonies collected by the Special Rapporteur Miloon Kothari have highlighted the close link between domestic violence and women’s right to adequate housing. The Special Rapporteur Leilani Farha continued the same stance.

Moreover, the Council of Europe has acknowledged the issue of domestic violence. For instance, the European Court of Human Rights (hereafter: the Court) has stated in the case of Opuz v. Turkey that it “can take various forms ranging from physical to psychological violence or verbal abuse […]. It is a general problem that concerns all member States and which does not always surface since it often takes place within personal relationships or closed circuits and it is not only women who are affected. The Court acknowledges that men may also be the victims of domestic violence and, indeed, that children, too, are often casualties of the phenomenon, whether directly or indirectly. […]” (para. 132). In the same judgment, the Court held that Turkey had violated Article 14 read in conjunction with Article 2 and Article 3 of the European Convention of Human Rights (hereafter: ECHR) on account of the violence suffered by the applicant and her mother having been gender-based, which amounted to a form of discrimination against women. Even though the applicant did not rely on Article 8 ECHR or Article 1 of Protocol No. 1 to the ECHR in her complaint, several references in the judgment indicate that the applicant was forced to leave her home due to threats by her husband. Later, in Kalucza v. Hungary, the Court found a violation of Article 8 ECHR since Hungary failed to protect the applicant from an abusive partner despite repeated requests to have him evicted from their shared flat. Additionally, the Commissioner for Human Rights has recommended that the Member States adopt anti-violence provisions in housing legislation and policies and ensure that domestic violence laws include provisions to protect women’s right to housing.

The relationship between the right to housing and domestic violence was overlooked for a long time.

At an European level, many countries have laws enabling the eviction of perpetrators of domestic violence while allowing the victim to stay on the property. Proceedings are generally initiated when the police are notified of violent behaviour (Austria, Belgium, Czech Republic, Estonia, Ireland, Italy, Hungary, Latvia, Malta, Slovenia and the United Kingdom). Furthermore, the Council of the European Union has signed the Istanbul Convention on preventing and combating violence against women and domestic violence. As of May 2021, it has been signed by all EU Member States and ratified by 21. However, concerning shelter accommodation accessible to women in the EU after the loss of their home, most fall short of Istanbul Convention requirements. Data collected from EU Member States showcase that 51% of needed beds are currently missing. In European countries outside the EU, 79% of beds are missing. Overall, these figures demonstrate that within Europe, only five countries meet the Istanbul Convention requirements for shelter provision (Liechtenstein, Luxembourg, Malta, Norway, and Slovenia). Considering that the Convention is a relatively new instrument and domestic violence is one of the causes of homelessness, the Convention can nevertheless become a valuable tool to guide policies of the European Union and the Member States, as well as other European countries, in the forthcoming years.

In the broader framework, women are vulnerable to homelessness as a result of discriminatory customary, religious, and statutory laws on divorce, inheritance, and matrimonial property as well as poor enforcement of recognised basic rights. Thus, whilst it is necessary to acknowledge domestic violence and gender-based violence as a fundamental cause of women’s homelessness, it is identically pivotal to examine it in the broader framework of societal problems crisscrossing with socioeconomic and structural hurdles, such as inequalities, poverty, and the lack of affordable housing. What remains clear is that gender dimensions of housing, property, and land as human rights issues, as well as women’s equal rights to access, use, and control over land are additional areas where more work should be done. The development of tools that fully integrate the gender perspective, such as eviction impact assessments or methods for monitoring security of tenure, can help address the specific impact of loss of one’s home situations on women more effectively. 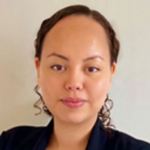 Pathway to Homelessness: Analysing the Relationship between Domestic Violence and Housing Rights

The issue of domestic violence is a significant and widespread

The Data Detectives: Examining the Impact of CESCR Case Law in a Housing Context

One of the main goals of the EVICT project is

In attempts to solve the emerging housing crisis resulting from

When parents are being evicted, minor children have no choice