The Right to Housing v. Development Projects: the case of Faulkner and McDonagh v. Ireland

Demovictions and Renoviction have been on the rise in recent years. Demovictions refer to evictions that are carried out due to the landowners wish to demolish the property. Renovictions are evictions that are carried out when the landowner wishes to renovate the property.The relationship between evictions and property turnover and redevelopment has emerged as an important dimension in eviction research. Many landowners are evicting Roma and Traveller communities in order to carry out development projects. This leads to the perpetuation and amplification of socioeconomic inequalities in vulnerable communities.

These evictions further intensifies the discrimination, rejection, social exclusion and marginalisation they face in all aspects of life, including housing.

This is evidenced in the cases of Faulkner v. Ireland and McDonagh v. Ireland.

2. Development Plans and The Eviction

The applicants, who are sisters and members of the Travelling community, were illegally occupying a roadside site in Coonagh, Limerick from 2013 to 2017. Limerick City and County Council (the Local Authority responsible for improving and maintaining regional and local roads) was granted planning permission to build a new ring road around Limerick city to alleviate traffic congestion in the city. The Coonagh site was located in an area that the new road would be located.

In 2017, the Council initiated proceedings to have the applicants and other people living on the site evicted in order to begin the roadworks.

The Council engaged a contractor to carry out the roadworks. However, the applicants continued to live on the site. This caused construction delays, during which the building contractors claimed large sums of money from the Council as they had failed to make the location suitable for the development project. The Council obtained orders from the Irish Circuit Court and High Court for the site to be vacated.

During the Circuit Court proceedings, the applicants, who had limited financial means, did not have legal representation. Despite the lack of representation, the Court ordered them to leave the site.

Having failed in their appeals in the national courts, the applicants brought their case before the European Court of Human Rights. Due to the similarities in subject matter, the Court decided to examine the applicants jointly. In both cases, the Court was tasked with balancing the applicants’ Article 8 rights (the right to respect for private and family life, home and correspondence) with the State’s development plans.
The applicants argued that the domestic courts had failed to assess the proportionality test of the eviction orders, which is required under Article 8 par. 2 of the European Convention on Human Rights (the Convention), and that the domestic court proceedings were conducted with undue haste, without any legal representation at the court hearings.
Ms Faulkner alleged that the State had not offered her suitable alternative accommodation. She claimed that the accommodation that was offered was unsuitable due to the trauma she had suffered due to the deaths of two of her five children, one due to suicide. She wished to raise her remaining children in a safe and rural community. The State asserted that family space on a halting site had been offered to the applicant but that the applicants rejected this.
Ms McDonagh’s family had been provided with emergency accommodation in a hotel in July 2017. They lived in the hotel for a period of time but found the lacked cooking facilities and the distance from her child’s school was having an increasing negative effect on their mental and physical health, particularly that of her husband who suffered from depression. They eventually returned to living on the site. The State did not argue about the suitability of the accommodation, but maintained that the applicant still had access to this emergency accommodation at the time of the domestic legal proceedings, and would not be rendered homeless as a result of the eviction.

The European Court ruled that the roadside site in Coonagh, where the applicants lived, qualified as home for the purposes of Article 8 of the European Convention, and that there had been an interference with these rights.The Court held that this interference was in accordance with law and pursued a legitimate aim as the local authority aimed to improve the economic well-being of the country through the improvement of the road networks and to ensure the personal safety of those onsite the roadworks.

The key question that remained for the European Court was if the interference was “necessary in a democratic society”.

When assessing this, the Court investigated if the State’s action pursued a pressing social need and if it had been proportionate to the relevant aims. The Court affords the national authorities a “margin of appreciation” to allow them space in fulfilling their obligations under the Convention. The leniency of this margin varies according to the nature of the right at hand, the importance to the individual and the nature of the activities restricted. The Court is required to examine if the decision-making processes leading to the interference was fair and if it respected the individual’s Article 8 rights.
In its decision, the Court noted that the loss of one’s home is the most extreme interference with Article 8, and the victim is entitled to have an independent tribunal assess the proportionality of the measure. Where proportionality concerns are raised at a domestic judicial proceedings, the Court noted that the domestic court must examine the arguments in detail and provide adequate reasons.In particular, the Court noted that the availability of alternative accommodation should be considered and that the more suitable the alternative accommodation the less serious the interference would be.

The Court said as the applicants’ status as members of the Travelling Community is a relevant factor in this case and that special consideration must be given to their needs and their different lifestyle.

In coming to its final decision, the Court made three main points:

1. The Court found that the decisions made by the Circuit and High Court reflected the essential principles of Article 8 of the Convention, particularly in regards to proportionality. The Court reviewed the relevant decisions of the Irish Supreme Court that the Circuit and High Court had cited in the proceedings. Those cases had all been decided by reference to the Convention principles and referred to relevant case-law of the European Court, namely the Chapman decision.

2. The Court found that while the applicants may have been disadvantaged by their lack of legal representation during the Circuit Court proceedings, they were directly heard in the court on that occasion and were able to explain their disadvantaged personal circumstances. The Court highlighted that the issue of legal representation was solved quickly and that the applicants had legal representation at the High Court. Additionally, the High Court had accurately identified and balanced the essential interests at play; the applicant’s prospects for alternative accommodation; the substantial losses that the local authority would accrue as a result of the delay; and the public interest in the improvement of the local read system. In addition, the applicant’s occupation of the site had been illegal, meaning that their position was regarded as “less strong” than people living in a legal settlement. The Court decided that in light of the facts of this case and given that the proportionality of the interference was examined judicially, the respondent State had remained within its margin of appreciation.

In light of the above three factors, the Court held that the applicant’s arguments were inadmissible. The Court found no basis to find that the court orders to vacate the Coonagh site had been disproportionate to the legitimate aim pursued, which was to improve infrastructure and public safety. Hence, the Court ruled that there was no violation.

This case highlights the difficulties the Court faces in carrying out an effective proportionality analysis when an individual’s right to housing comes into conflict with States’ development plans.
In this case, the Court noted that the Irish High Court had carried out a balancing exercise, however the Court noted that this was “not as detailed” as it would have been if the applicants had pursued a different legal argument. Notably, in carrying out the proportionality test, the High Court judge stated that it was not for the court to decide if the applicant had refused the accommodation with good reason or not. However, given the vulnerable position of members of the Travelling community in Ireland, an assessment of the suitability of the alternative accommodation should have been integral to this balancing exercise. This is made more pertinent considering that the applicants had children in local schools, and the second applicant’s husband’s mental health challenges. Furthermore, the European Court of Human Rights noted that domestic courts should look at the availability of alternative accommodation, and that the more suitable the accommodation, the less serious the interference would be. However, this suitability requirement was not thoroughly investigated by the High Court.

It seems that the applicants were forced to choose between being evicted and living in subpar accommodation.

This case highlights the difficulties facing vulnerable households, particularly including members of the Travelling Community, when Landowners decide to carry out demovictions and renovictions. This case suggests that proportionality is difficult to assess in relation to development projects as the rights of individuals are in conflict with possible benefits for society as a whole. These are difficult interests for the Court to measure and balance. This is particularly true in cases such as Faulkner and McDonagh where the applicants were not living in a legal settlement but where the eviction would have served as a device to amplify social and economic inequalities, particularly due to the lack of suitable and long-term alternative accommodation. 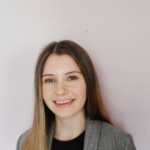 The students of Groningen: homeless and hopeless in the hurdles

Summary Report on the Seminar on Housing and Health

Summary Report on the Seminar “Housing and Health” Groningen, Netherlands